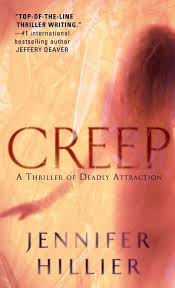 Seriously…I can’t even believe I read it.

So, Dr. Sheila Tao, she of the velvet lips, is a psychology professor at Puget Sound State University. Apparently she’s an expert in human behaviour – except not so much because she doesn’t realize that Ethan Wolfe, the 23-year-old teaching assistant she’s been sleeping with for the past three months, is actually bat-shit crazy. That’s probably because she’d been blinded by lust. He’s HAWT. Oh, also, she’s a sex addict but until her father died (trigger) and she took up with Ethan (couldn’t resist the hawtness), she’d been living sex-free.

Anyway, she’s fallen in love – for realsies.  His name is Morris and he’s an ex NFL player and an ex-alcoholic and just an all-round great guy. He doesn’t know about Ethan, or Sheila’s addiction to sex. He’s also apparently never questioned why his 39-year-old, once-married girlfriend won’t have sex with him. He kinda likes that about her.

Okay, so Sheila’s got a problem. She’s now engaged to Morris so clearly she has to dump Ethan. Which she does…on page five. Understandably, Ethan doesn’t take it too well. Obviously: he’s a psychopath. Nevertheless, I knew I was dealing with crazy people pretty early on – like when Sheila becomes infuriated when Ethan turns the tables on her and announces that he’d “never wanted this to be a long-term thing. But you were so goddamned needy. You kept telling me not to go.” Really? Who cares who breaks up with whom? Move on, Sheila.

Anyway, Ethan threatens to expose their affair with some video he’d apparently taken of them doing the deed and so Sheila has no choice but to let him remain her T.A. But then that’s not enough for Ethan, he’s got to kidnap her and hold her hostage in the retro-fitted basement of the mansion he paid for with cash and you see where all this is going, right? Oh…and he’s a master of disguise, people. A master – with like amazing custom-made silicone masks and make-up skills etc.

It’s just all ridiculous. All of it. What does Ethan do with Sheila once he has her all chained up in his basement. Um. Nothing. He keeps her drugged and makes her wear adult Depends. That is until he finally lets her go to the bathroom and that, my friends, is one reason to steer clear of this book. It’s meant to be scary. A thriller. No, no. This is what we get:

It was ridiculous to be embarrassed about a fart – after all, she was being kept here against her will, and what could be worse than having to urinate in adult diapers – but she was ashamed nonetheless.

We get to hear about her cramps and the stench and how grossed out Ethan is.

He was looking at her with such shock and disgust that, despite her abdominal pain, she couldn’t resist a chuckle.

“Well, what did you expect? I’ve been here for days, you cocksucker.” Sheila grunted again. “I’m not done. I suggest you get the fuck out.”

Even Sheila has to admit that it was “quite possibly the world’s stupidest conversation.” One of many, Ms. Hillier.

Critics loved this book. Loved it. There was nothing frightening, suspenseful, or creep-y about it. Stock characters, a deux ex machina visit from Morris’s estranged son, Randall…I’m just…gah. Hillier is compared to Chelsea Cain. Please read Heartsick instead.