A book everyone hated but you liked 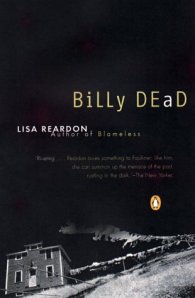 People lose people. I don’t know why we’re all so damn careless. Folks lose their kids, men lose their women, even friends get lost if you don’t keep your eye out. I look through the windshield at the houses going by. For every person sitting in them houses, watching TV or eating a ham sandwich, there’s someone somewhere wondering where and why they lost them. All those lost people, carrying on their everyday business like the air’s not full of the sound of hearts breaking and bleeding.

Reardon’s novel tells the  story of siblings Billy, Ray and Jean. They’ve had nothing close to an idyllic childhood and now, as adults, they are estranged. I chose this book as my book club choice several years ago and I read it with a knot in my stomach. The subject matter is not easy and I knew that no one in my group would like it. And I was right.

But Billy Dead is a beautiful book about what it means to be family, love and redemption, forgiveness. It is also a love story, although the lovers might cause some discomfort for some (most) readers.

Lisa Reardon herself has had a troubled life. She was recently arrested for shooting (but not killing) her father. After reading that I wondered whether or not the subject matter of her books (dysfunctional families, violence) weren’t perhaps subjects with which she was intimately familiar.

She’s an amazing writer and Billy Dead is a fantastic book.