Okay, I admit it, with one exception, I haven’t even started Christmas shopping yet.  I think I must need a little bit of snow to get me in the holiday spirit.  That said, I thought I would offer up some gift suggestions for the book lovers out there. 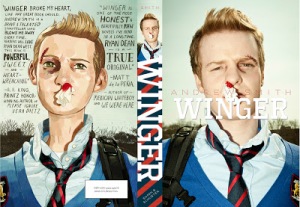 Winger is the story of fourteen-year-old Ryan Dean West, a super smart kid who attends a ritzy boarding school in Oregon. Now, although I am neither 14 nor a boy, I think I can say – based on my day-to-day dealings with them that Smith accurately captures the vernacular of the species.  Ryan Dean is so smart he’s already in Grade 11. He’s a good kid, but he’s been moved into Opportunity Hall, the residence where the kids who have gotten into trouble live. (He got caught hacking a teacher’s cell phone so he could make long distance calls.) He places rugby, thus his nickname) and is in love with his best friend, Annie. Smith’s book is filled with all sorts of cartoons that Ryan Dean draws as a way of sorting out all his feelings about just about everything. This book won loads of awards, but I should point out that there is loads of swearing (although Ryan Dean would never swear out loud, he’s writing so he can) and sex talk (although nothing super explicit.) More importantly, Ryan Dean is kind and sensitive and is just trying to do the right thing, even when he does exactly the wrong thing. Beautifully written, well-drawn characters. This is a winner.

Lauren is a well-known YA author. She penned the Delirium series, but Vanishing Girls is my first book by her. This is the story of sisters Nick and Dara and the aftermath of a terrible accident. It’s told via dual first person narratives, police reports, diary entries, illustrations etc  so there’s a bit of a multi-genre approach.  Nick and Dara are super close, but they are also very different and the novel tracks their relationship which post-accident has hit a rather bumpy patch. Dara has actually disappeared. Then, with the disappearance of another young girl, Oliver takes us down a full-on thrill-ride. It’s got a little something for everyone, really: mystery, suspense, a love-interest, family drama. And it’s well-written to boot. No real caveats for this one although it’s definitely for older teens. 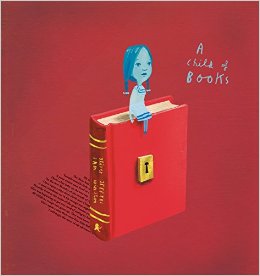 I recently picked up a beautiful book at Indigo – not really as a gift, but I think I know who I will give it to. It’s called A Child of Books and it’s by Oliver Jeffers and Sam Winston. It’s a whimsical book about the love of books – so you can see how it would appeal to me. A little girl  takes the hand of a little boy and they wander together through their imaginations which are fed, of course, by books and words. It’s so pretty and positive. Maybe it’s the gift I will give to myself this year.

For the reader who’d appreciate a book by a local author:

I would suggest picking up Riel Nason’s sophomore effort, All The Things We Leave Behind. Readers might remember Riel’s first novel The Town That Drowned and her second novel is also very evocative of small-town NB circa 1970s. In this novel 17-year-old Violet has been left to look after the family business – antiques sold out of a purple barn up past Fredericton. I actually met Riel before she became a novelist – she was actually in the antiques business and so I worked with her because of my job with The Canadian Antiques Roadshow. Anyway, in this story, Vi’s older brother Bliss is missing and her parents have gone looking for him. This novel is a little darker than The Town That Drowned, but it will be  wonderfully familiar to anyone who has spent any time upriver.  Older teens could certainly read it, too. 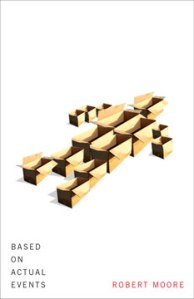 For anyone who likes poetry:

I can’t claim to understand the poems, but if you like poetry and you want a challenge – check out Robert Moore’s latest collection, Based on Actual Events. You might need to read it with a dictionary close by – but even without one, you’ll probably get some of Bob’s dry wit. For those of you who don’t know, Bob is a prof at UNBSJ and I am guessing you can pick up a copy of Based on Actual Events at Tuck, the story his wife Judith Mackin owns.

This would be a great gift to give to someone who likes suspense with a little meat on its bones because it’s not actually a suspense thriller – even though it sort of reads like one. It’s the story of Brett who falls in love with her best friend Eli’s older brother, Charlie.  When Charlie is murdered  – no a spoiler – we learn Charlie is dead by the end of the first sentence, Gramont spins the story back in time to let us discover how Brett’s love story unfold. Our book club had a great time debating this one – especially when there was some dissention over whodunit. I actually wrote to the author for clarification and she wrote me back, too. It’s a great little book for a stormy winter afternoon.

Finally, plan for next year and order:

The Short Story Advent Calendar – I ordered this for my son this year. It’s a box of short stories you open one at a time on the days leading up to Christmas. Really cool.  And Canadian!