When it comes to reading these days,  I am looking for books that are total page turners. I want to be entertained and distracted without it being too labour intensive…so I thought I would offer up a few titles that might fit the bill.

First off, I HIGHLY recommend everyone check out Thomas H. Cook. If you tend to read via kobo or kindle you can probably get a hold of his stuff and he’s definitely on Audible. Cook is mystery writer I discovered probably 20 years ago. Since that first book, Breakheart Hill, I have been a massive fan. 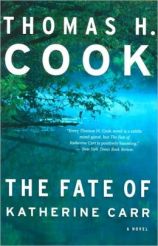 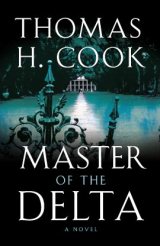 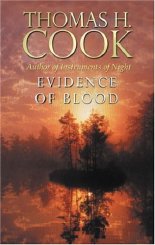 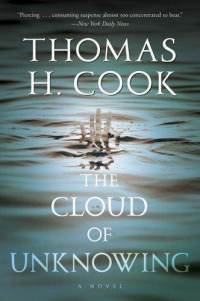 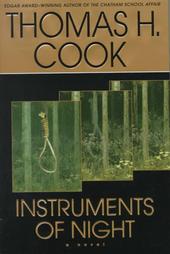 I recommend Master of the Delta, which is the story of young teacher who gets in way over his head with a student whose father is a serial killer.

Another great book by Cook is Instruments of the Night which is the story of a writer who is asked to imagine what might have happened to a young girl who disappeared 50 years ago. Paul is not without some demons of his own and it makes for white-knuckle reading.

But, really, no matter what you pick, it will be worth reading.

Another total page-turner is Peter Swanson’s book The Kind Worth Killing. It’s the story

of a man and woman who meet by chance at Heathrow airport. Over a drink, the man reveals that he thinks that his wife is having an affair and he wants to kill her – which may be a bit of an extreme reaction, but there you go. The woman offers to help the man’s fantasy become a reality and the novel does not let up from there.

Lots of readers will be familiar with Gillian Flynn because of the massive success of Gone Girl, but I actually liked Dark Places better. It’s the story of Libby Day, an angry, damaged woman who survived the murders of her mother and two older sisters. Her older brother, Ben, has been in jail for the crime for the past 24 years. But did he actually do it?

Other writers who consistently deliver books with a pulse include Lisa Jewell  (I recently read The Family Upstairs and I couldn’t put it down) and Tim Johnston (Descent is one of the best books I’ve ever read.) 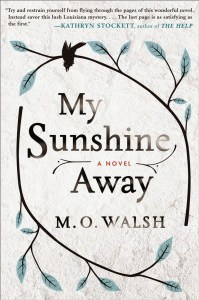 One last book you should add to your tbr pile is M.O. Walsh’s debut My Sunshine Away. This is a coming-of-age novel about a boy obsessed with a neighborhood girl who is raped. Readers will not be able to turn the pages of this book fast enough.

Moving away from the thrillers a little bit, but still talking about books that will immerse you in a world that is not this one, I may as well include a book about people who are trapped together in one place. In Ann Patchett’s novel Bel Canto, a group of people are at a gala in South America when terrorists storm the building and take everyone hostage. That’s the plot in a nutshell – but this book is SO much more than that. Riveting and heartbreaking and life affirming.

Another book that will drop you into another world is John Connolly’s masterful novel The Book of Lost Things which follows young David as he journeys  through a twisted fairy tale world in search of a way to rescue his mother from death’s clutches.

Finally, if you haven’t yet read Everything I Never Told You by Celeste Ng now would be the perfect time. This story about a family growing up in Ohio in the 1980s has it all: characters you want to hug, complicated relationships between parents and their children, siblings and spouses and a mystery. The book’s opening line is “Lydia is dead.” and it really doesn’t let up from there.

Let’s not forget young adult readers. As a teacher I would really be thrilled if my students would just spend 30 minutes a day reading. I know it’s not possible to visit the book store these days, but Bookoutlet.ca and Indigo both deliver. 🙂

Here are some awesome titles for your teen. 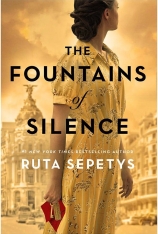 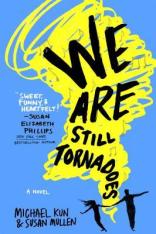 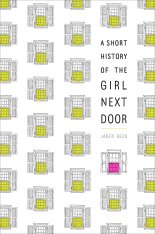 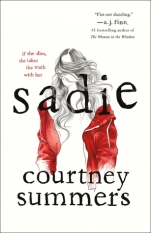 We Are Still Tornadoes  by Susan Mullen and Michael Kun The story follows besties Cath and Scott during the first year after high school. It’s 1982 and so way before technology, so the pair write letters back and forth. This is a feel-good novel that made me laugh out loud.

For fans of Ruta Sepetys (Between Shades of Grey and Salt to the Sea)  check out her latest novel The Fountains of Silence, which takes a look at Spain under Franco’s dictatorship. Sepetys is fantastic at making history and people come alive and this is a great step up for older teens.

If your teen hasn’t yet discovered Canadian YA writer Courtney Summers, now would be the perfect time. She’s written a terrific, page-turning zombie novel This Is Not a Test and her latest novel, Sadie, is a wonderful hybrid novel that follows a young woman on the hunt for her sister’s killer. There’s a podcast you can listen to, as well. I haven’t yet met a Courtney Summers novel I haven’t loved.

Finally,A Short History of the Girl Next Door  by Jared Reck is a beautiful coming -of-age story about a boy in love with the girl who lives across the cul de sac from him. They’ve been besties, nothing more, since they were little kids…and things are about to get complicated. This is a terrific book for anyone.

I know these are trying times…but a good book really can help pass the time, and I hope you’ve seen something here that makes you want to read.

AT SCHOOL: It Sounded Better in My Head – Nina Kenwood

45. When We Were Vikings – Andrew David MacDonald