I just looked at the date of my last post: May 25th! Where has the time gone? Well, I can tell you where the first three weeks of July went…to Italy (with a teensy three-day layover in Paris.) I did read a couple books while I was on holiday, neither of them particularly memorable.

My trip began in Amalfi, which as you probably know is the name of the coast, but also the name of the town we stayed in. If you’ve always wanted to go to Amalfi, I highly recommend it. Amalfi town is not as vertical as some of the other towns along the coast, which makes it the perfect spot.  I was with my three best girlfriends and this is the second time we have traveled to Italy together. We walked lots, ate well, visited nearby towns (Capri, Positano, Ravello) and generally had a wonderful, sun-filled week.

After a week, two of my girlfriends headed home and I headed to Verona with the third. Verona has been on my bucket list for a long time. I’m an English teacher; what can I say?

Verona is an absolutely beautiful city – even without its famous connection to Romeo and Juliet, but for anyone who is a fan of the play (and I am), visiting Verona is a must-do. 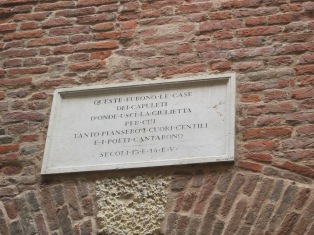 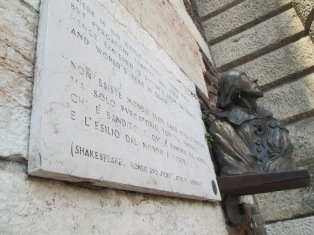 I am not ashamed to admit that standing in that little touristy courtyard and up on the balcony gave me all the feels. 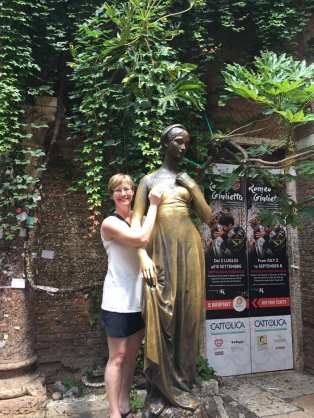 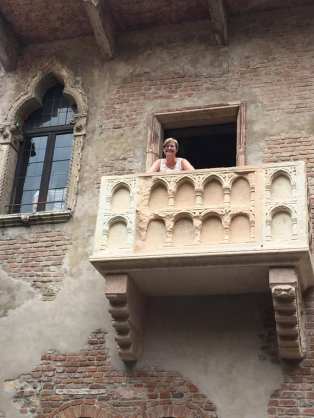 Romeo and Juliet is not the only tragic love story to come out of Verona. The Well of Love, 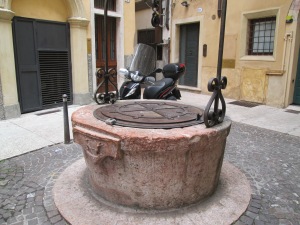 just off Piazza della Erbe, tells another story of a soldier who fell in love with the daughter of a rich and powerful man. He would not let his daughter marry the soldier, convincing her that he was only interested in her money. She told her lover that he must prove himself to her, so he threw himself in the well. When she realized what he had done, she threw herself in after him, thus uniting the lovers for eternity. Sad that the motorcycle is in the picture, but you can see the two lovers at the front of the well.

Verona did not disappoint on any level. 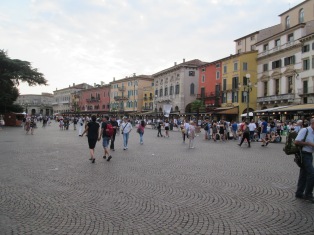 After three days, we headed to Venice. This is my third time in Venice and while I still think it’s a magnificent city, I am not sure that I will ever return. It was so crowded – not that crowds bother me particularly – and so full of junky shops and bad food. Still. Venice.

One thing I had not done on any of my previous trips was visit Libreria Aqua Alta. It’s definitely a “must-see” for any book lover. It’s billed as “the most beautiful bookshop in the world”. It’s certainly the most ‘fragrant’.  I don’t know how anyone would find anything in this place, but I certainly loved visiting. 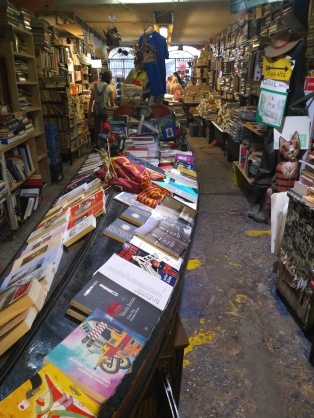 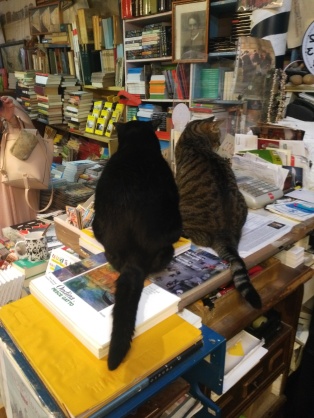 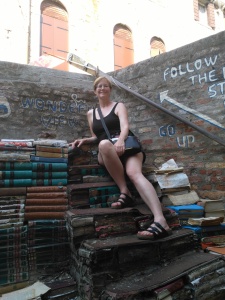 After Venice, my friend headed home and I headed to Bologna. I had made the decision to extend my trip just to see how I would feel about traveling on my own. I mean, obviously I have traveled on my own before…but not for a long time. I picked Bologna because it was a place I had never been, it was easy to get to from Venice, and it was supposed to be the foodie capital of Italy.  Hmmm.

It was okay. I would have been happy spending a day, maybe two there. Three was too much.  I didn’t eat any amazing food, but I definitely enjoy the wine in the north of Italy more than I do in the south.

The library was housed upstairs in this building. Unfortunately, you’re not allowed to visit it as a tourist. I actually couldn’t quite believe that. Bologna is a university town and there were bookstores galore. Sadly, I don’t read Italian. 🙂 It’s also a city made up of arcades or porticos…40 kilometers of them to be exact. They are a nice reprieve from the sun.

I stayed in a very nice AirBnB in Bologna, and I would definitely say it’s worth a visit. It’s also very easy to make day trips to other worthwhile spots from here. 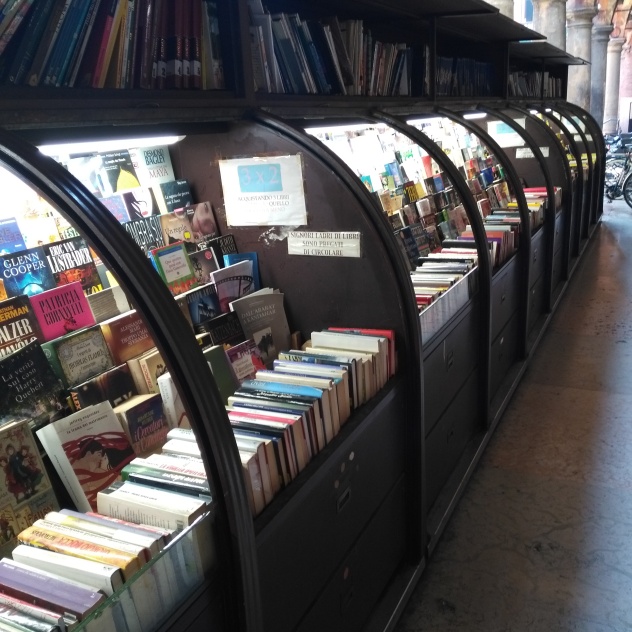 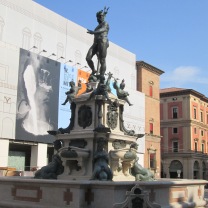 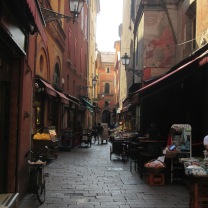 After Bologna, I headed back to Venice for one more night. Instead of spending the day in the city, I bought a vaporetti pass and headed to Murano and Burano, two more bucket list places. Murano was a bit disappointing, but Burano was sheer magic. 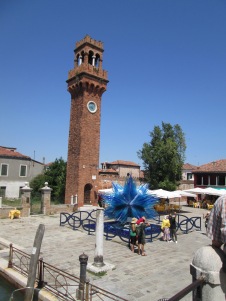 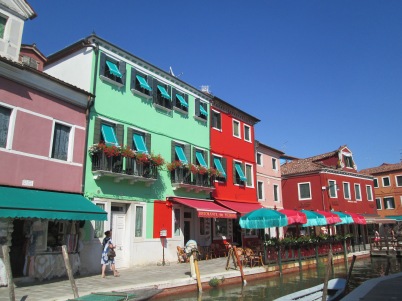 And then it was on to Paris.

I have never been to Paris. Truthfully, I have never been all that interested in going. I know, eh? I guess I bought into the hype that Parisians are rude and that if you don’t speak French, forget about it. Since my flight home went through Paris, though, I figured what the hell. I should get off the plane. I am SO glad I did. I am totally smitten and am already planning a return visit.

Paris is like a secret. Every corner you turn offers up another feast for the eyes. I thought I walked a lot in Italy! I walked soooo much in Paris, but I also used the buses and metro a lot and found them super user- friendly. In fact, I found Paris friendly in general. I don’t speak French, but it wasn’t a problem. I ‘Bonjoured’ and ‘merci-ed’ my way along and was always met with a pleasant response…in restaurants, on the bus, in shops, on the street.

Of course, I took a literary tour of Paris because it’s a significant city for fans of  writers of the 1920s, including, most famously, Ernest Hemingway. Gertrude Stein coined the term the “Lost Generation” to refer to the young writers who hung out in Paris (and London) during this period, Hemingway, F. Scott Fitzgerald, T.S. Eliot, Ezra Pound among them.

The tour mostly took us around to look at plaques on buildings (put up by building owners themselves, not the city) and cafes (most famously Cafe de Flore, where a coke will set you back 7 euro) where these writers would write and drink. Certainly an interesting way for anyone literary-minded to while away a few hours. 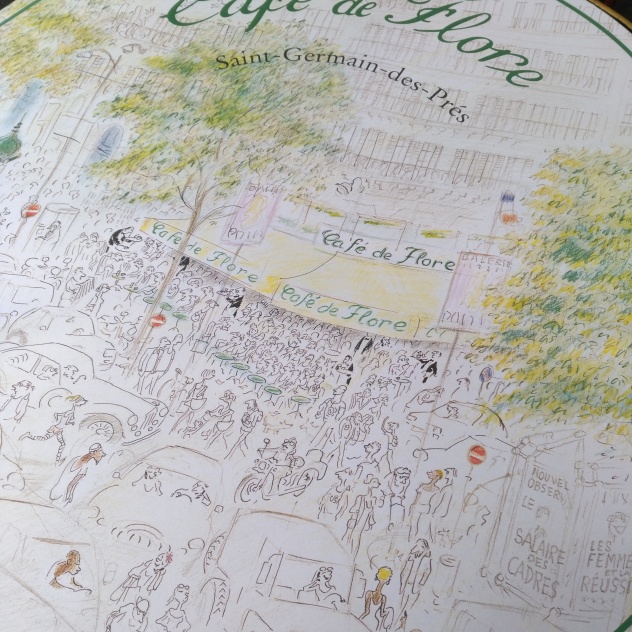 And, of course, no visit to Paris would be complete without a visit to Shakespeare and Company. Quite appropriately, my literary tour finished here.

I was so happy to finally be able to visit this store. 🙂 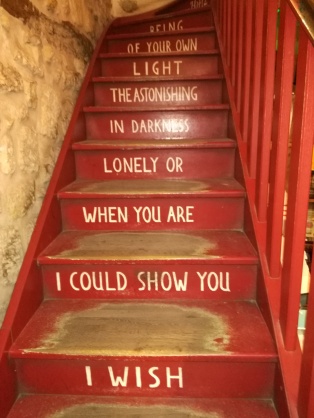 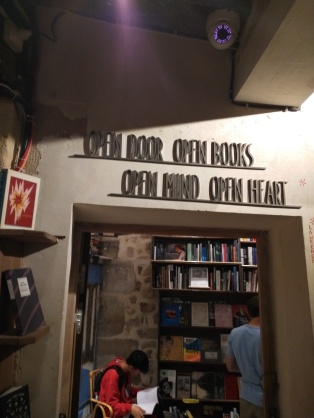 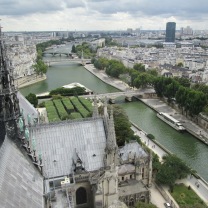 So, there you have it. A beautiful way to start my summer and memories to last a lifetime.

I will be back with some reviews asap.

AT SCHOOL:
Join 444 other subscribers